The broader trend to note, however, is the number of people moving to San Francisco dropped 41.7 percent since February of last year. Our data found that San Francisco is losing talent to cities where large tech companies have established a growing presence and overall living costs are notably lower, such as Seattle, Denver, Austin, as well as less expensive “commuter towns” further outside the Bay Area,  like Sacramento, Stockton, Modesto, Fresno, and Salinas. 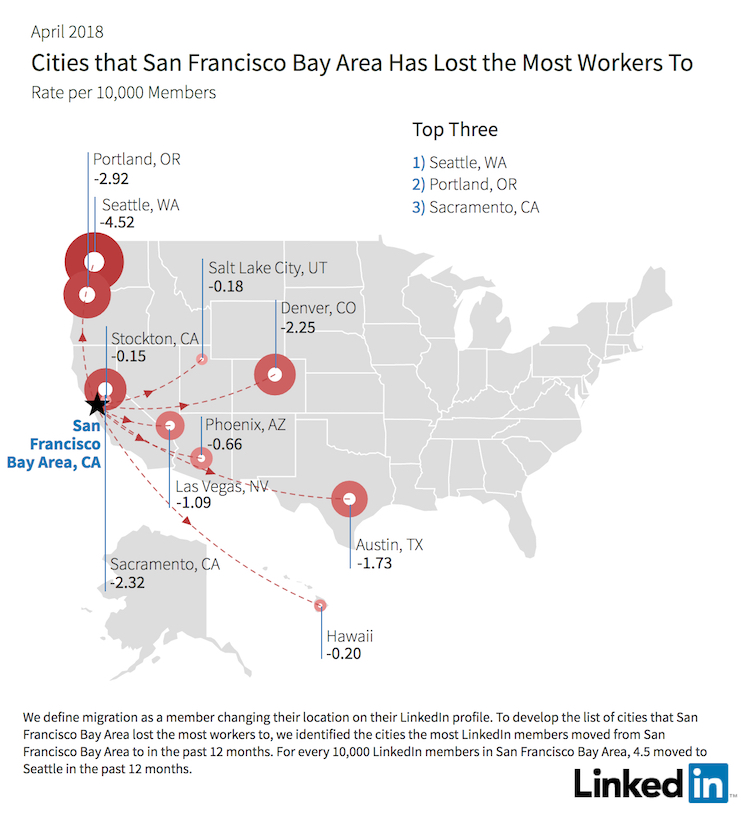 Click here to read of our April LinkedIn Workforce Report, including which cities are losing the most workers, and which are gaining the most.

Over 146 million workers in the U.S. have LinkedIn profiles; over 20,000 companies in the U.S. use LinkedIn to recruit; over 3 million jobs are posted on LinkedIn in the U.S. every month; and members can add over 50,000 skills to their profiles to showcase their professional brands. This gives us unique insights into U.S. workforce trends.