Hiring across the U.S. in January was higher than it has been since May 2017, with the manufacturing sector seeing the biggest year-over-year growth, according to the February LinkedIn Workforce Report.

New jobs continued to be added in the aerospace and transportation and financial services industries as well. Seasonally-adjusted hiring (hiring that excludes seasonal hiring variations) was 10.9 percent higher in January than it was in December 2017. 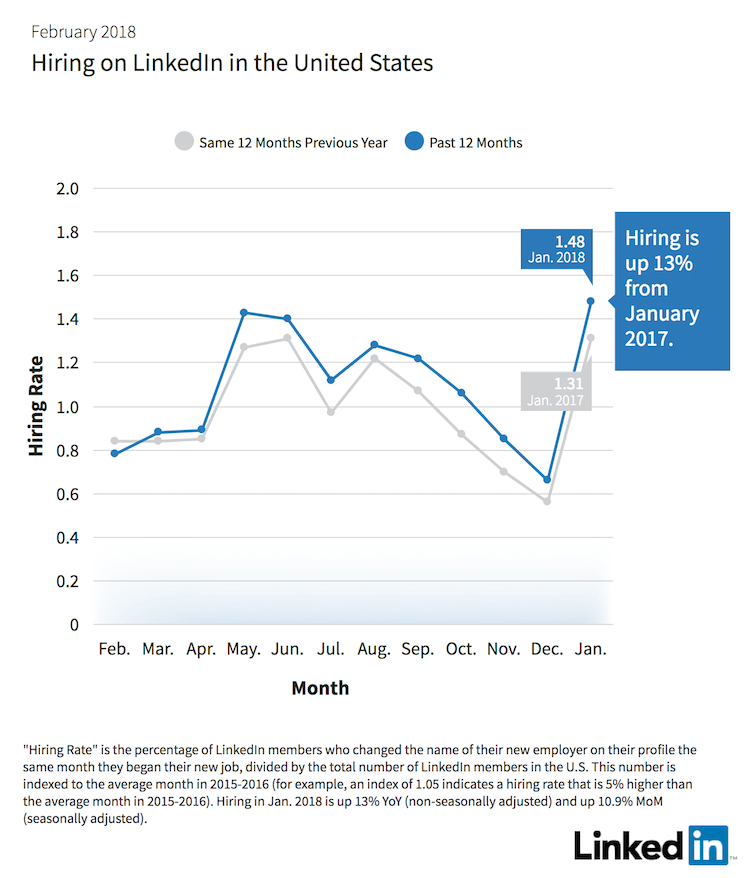 Click here to read of our February LinkedIn Workforce Report, including which cities are losing the most workers, and which are gaining the most.

Over 146 million workers in the U.S. have LinkedIn profiles; over 20,000 companies in the U.S. use LinkedIn to recruit; over 3 million jobs are posted on LinkedIn in the U.S. every month; and members can add over 50,000 skills to their profiles to showcase their professional brands. This gives us unique insights into U.S. workforce trends.