2017 ended on a strong note with hiring up 24 percent in December than the previous year, according to LinkedIn’s January Workforce Report. Employers added the most jobs in the financial services and insurance industry, followed by aerospace, automotive and transportation and architecture and engineering. Seasonally-adjusted hiring (hiring that excludes seasonal hiring variations) was 0.7 percent lower in December than November 2017. 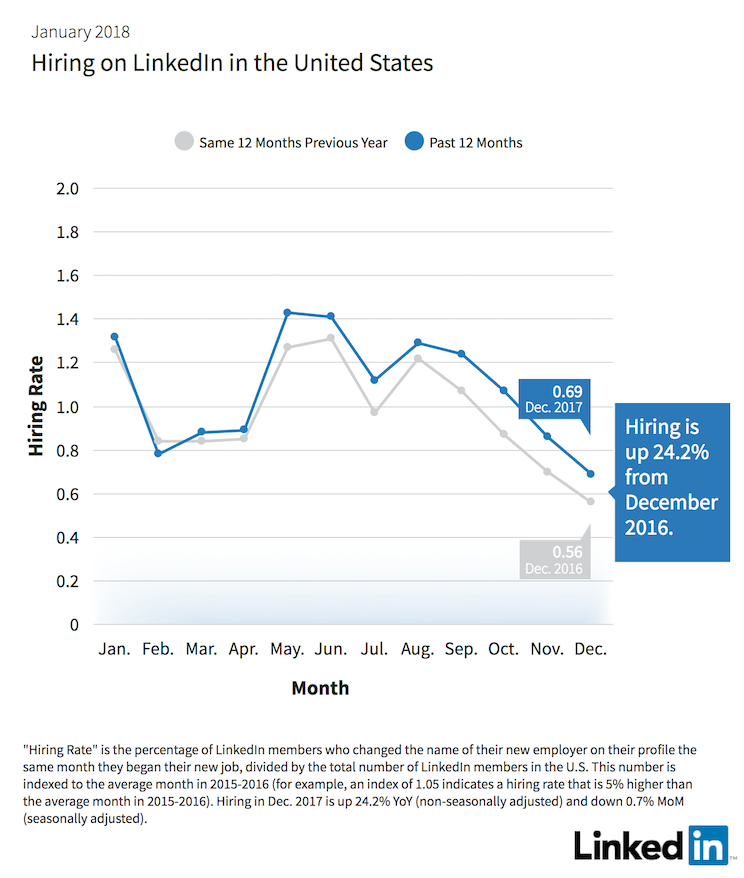 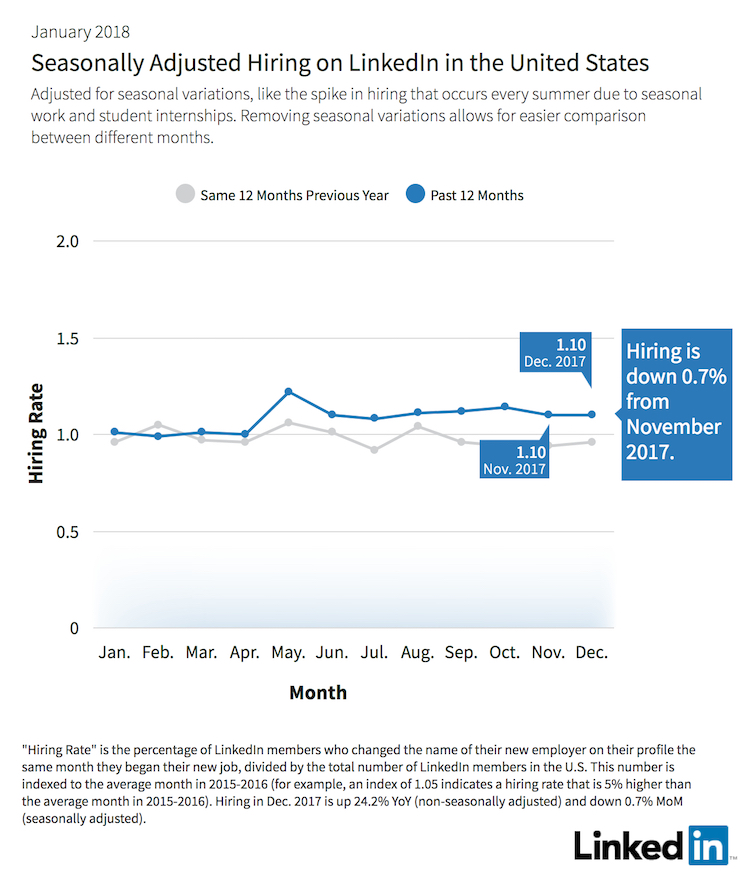 Click here to read of our January LinkedIn Workforce Report, including which cities are losing the most workers, and which are gaining the most.

More than 143 million workers in the U.S. have LinkedIn profiles; more than 20,000 companies in the U.S. use LinkedIn to recruit; more than 3 million jobs are posted on LinkedIn in the U.S. every month; and members can add more than 50,000 skills to their profiles to showcase their professional brands. This gives us unique insights into U.S. workforce trends.