Today we published our March LinkedIn Workforce Report, which showed U.S. hiring continued to trend up in January and February, making them the strongest consecutive months for employment since August and September 2015. Hiring in February across the U.S. was 1.4 percent higher year-over-year, and seasonally-adjusted hiring was down 1.3 percent month-over-month. 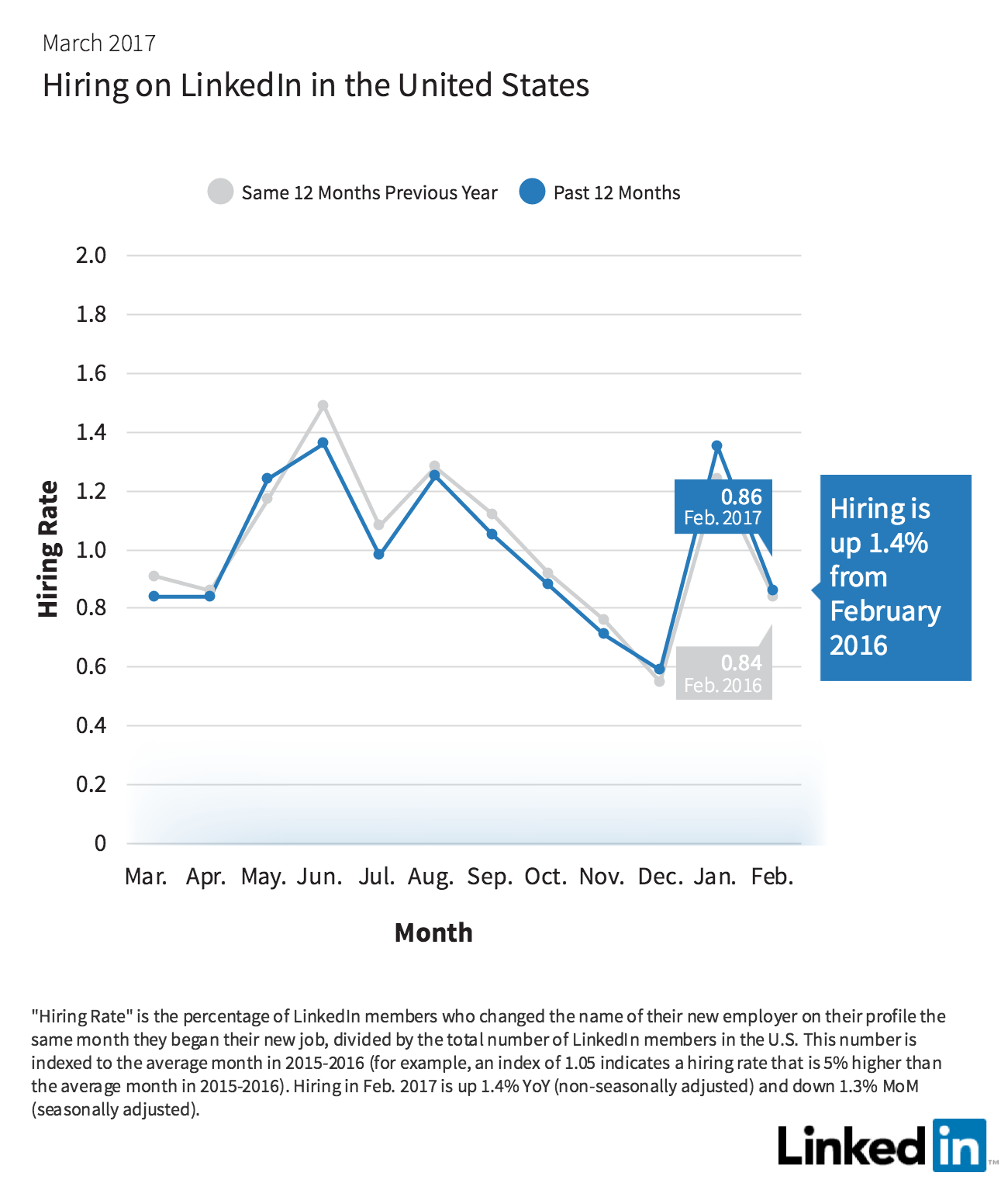 Hiring was strongest in the oil and energy industry; seasonally-adjusted hiring has risen 51 percent since June 2016, which was the low point of the industry’s recession. 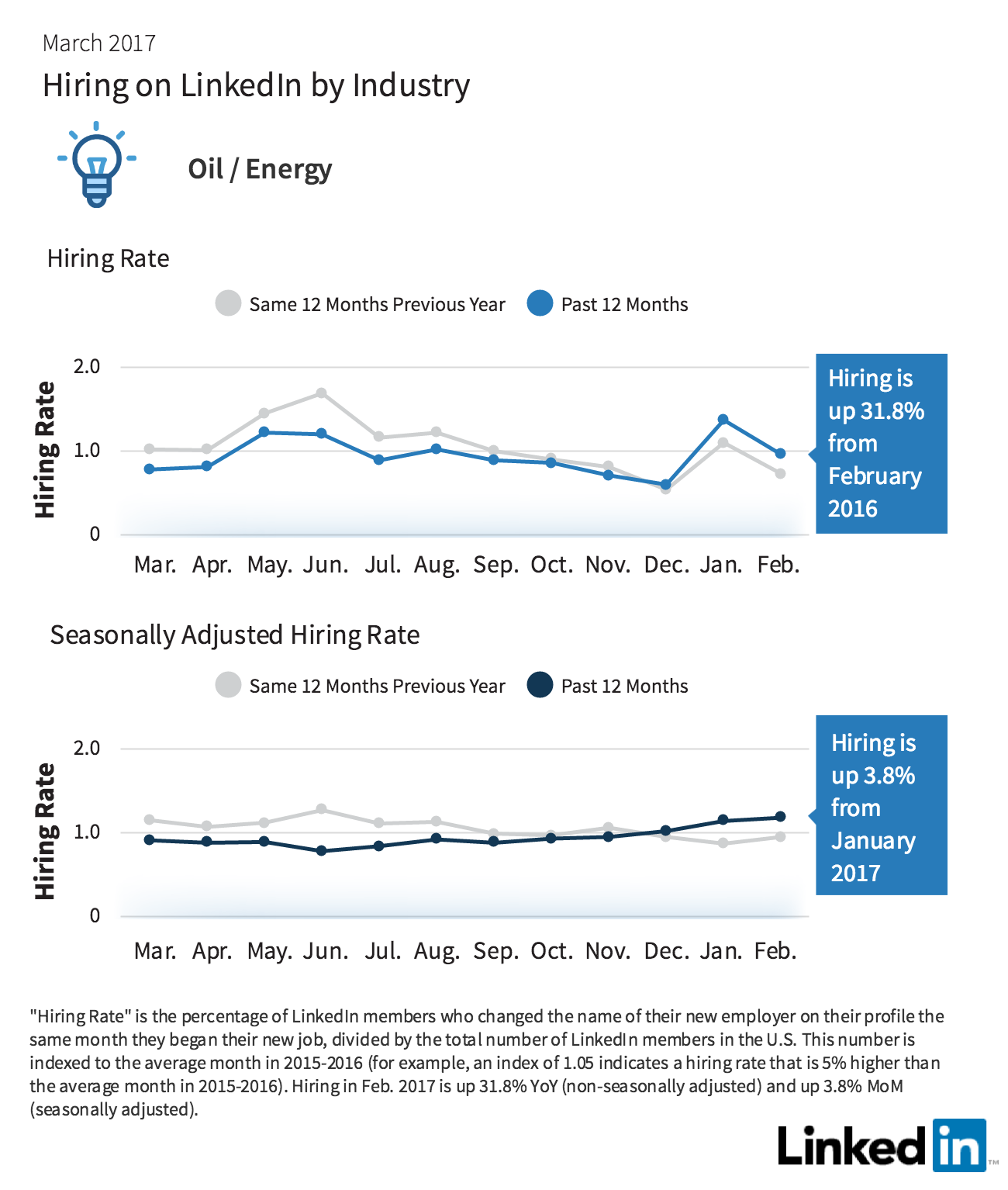 It isn’t clear if the overall upward hiring trend is sustainable, or a temporary blip on the radar, but it appears an elevated business confidence due to the new administration’s promises to lower taxes and reduce regulations is driving employment.