The job market in the United States is tightening, and that’s a good thing for professionals. The unemployment rate is the lowest it's been since 2001, and the percentage of prime working age adults who are employed is the highest it’s been since 2008.

While the steady improvement of the job market over the past year hasn’t been the same across all industries and job functions, things have gotten better for workers across skill levels, industries and regions. What does this mean for you? Bargaining power for many workers, like you, is increasing and opens the door to raises, and greater economic opportunity

Salary is a key factor in most career decisions. When deciding where to work, where to live, or what to study, pay is often top of mind. The problem is, you don’t always have the compensation data you need to make the best decisions. You decide between paths without knowing the payoffs.

To give you more visibility into your next career move, we examined data from more than two million LinkedIn members. We looked at how salaries vary by job title, education level and field of study, location, company size, and industry.

Read on to see how your pay stacks up and what path you might want to take as you evaluate your next career opportunity. Explore how much you could make if you went back to school, moved to another city, or switched industries. Get inspired by what you could do to increase your compensation.

There’s no one path to high earning potential, but now you can better assess your choices along the way. Use this guide to gut-check your professional instincts and learn more about your own salary in the LinkedIn Salary tool, and your career will thank you.

Highest-Paying Jobs In the U.S.

Let’s start at the top with the highest-paying jobs overall.

Where Education Makes An Impact

Education is an investment in your earning potential, but let’s explore just how much it matters.

Company Size Can Make A Difference

Company size as measured by employee headcount is an important deciding factor for many professionals. Let’s see how salaries compare. 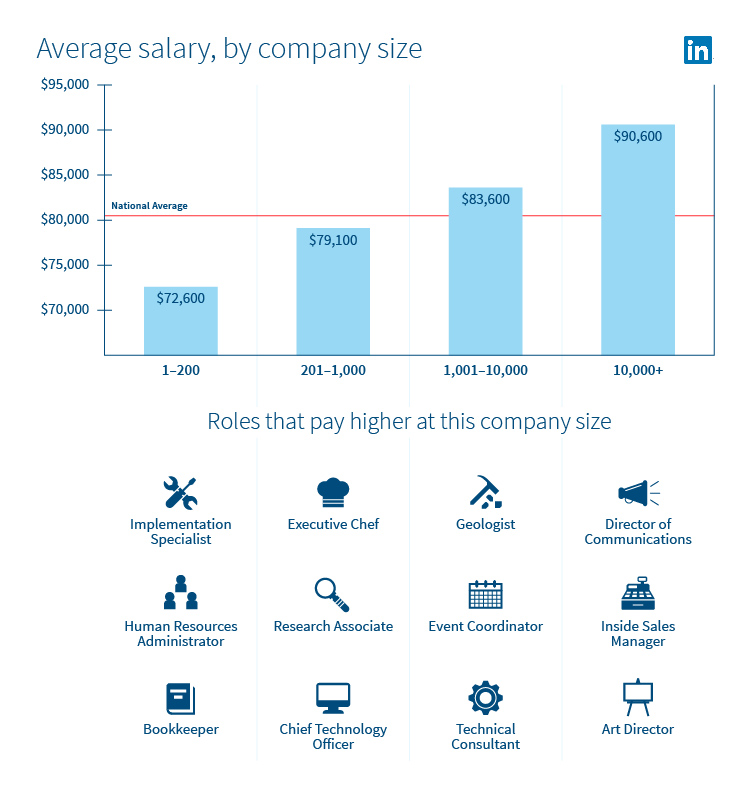 How Different Industries Are Paid, And How Men & Women Are Represented

Certain industries pay more than others and have a disproportionate number of males or females. Let’s look at the gender breakdown within the highest-paying industries. Note: this is not a pay comparison of men and women in equal jobs - it is simply a comparison of gender ratios within industries. 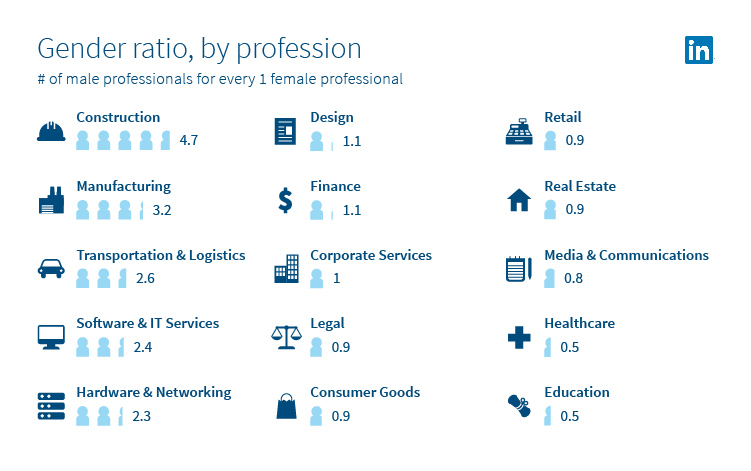 Where you live is tied to how much you earn. Let’s see how salaries stack up across the nation.

If you are planning a career change and are willing to move locations, consider these top-paying regions. If want a change from Los Angeles, for example, Denver may be a great alternative because you could earn a similar salary.

LinkedIn’s State of Salary Report showcases the state of pay across the United States based on salary data from over two million LinkedIn members as of April 2017.

To uncover higher-level trends that were not job title-specific (such as Average Pay by Field of Study), we computed the average median value across all job titles for which we had aggregate salary insights available. Insights generated from fewer than 30 salary submissions were removed from the analysis. C-level titles (such as CEO, CIO, etc.), were also excluded from the analysis.

The results of this analysis represent the world as seen through the lens of LinkedIn data. As such, our sample is restricted to LinkedIn members and is affected by how members choose to use the site, which can vary based on professional, social, and regional culture, as well as overall site availability and accessibility.

For more information on how LinkedIn collects and reports on salary information, check out our engineering blog.